The Community Justice Center has been at the forefront of peer support work in the State of Nebraska. Since 2001, we have employed forensic peer support staff in all facets of the organization and programming.

“Crime is not an act against the state, but against human relationships.”

Jim serves as the Executive Director and Senior Trainer of the Community Justice Center (CJC). His primary interests include crime victim’s issues, corrections, juvenile justice, and youth policy. His passion to give back to the community, by helping crime victims while holding offenders accountable came from his own experiences with victimization.

In October 1989, Jim was arrested for robbery and served a sentence in the Nebraska State Penitentiary. Jim was released in 1992 and enrolled in college, earning an associate’s degree in Drug & Alcohol Counseling and Youth Specialization.

In 1995, while working at the Lincoln Action Program (LAP), Jim took an existing youth prison program and redesigned it into a unique Crime Victims/Youthful Offenders program called “Victims First Team.” The Team was made up of juvenile offenders who assisted surrogate crime victims around their homes and businesses to rectify the harm from crime. The youth would clean up graffiti, help domestic violence victims relocate or perform manual labor following a crime. These young people would hear directly from crime victims and see the real cost of crime up front – the emotional, physical and financial damage caused by crime to individuals and communities. The program held young offenders accountable while building their competencies and improved public safety. In 1999 he attended Basic and Advance Training for Restorative Trainers with the Balance and Restorative Justice Project (BARJ) at Florida Atlantic University, sponsored by the US Justice Department, National Institute of Corrections; Jim also attended the National Victims Assistance Academy “2000” at the Medical University of South Carolina. 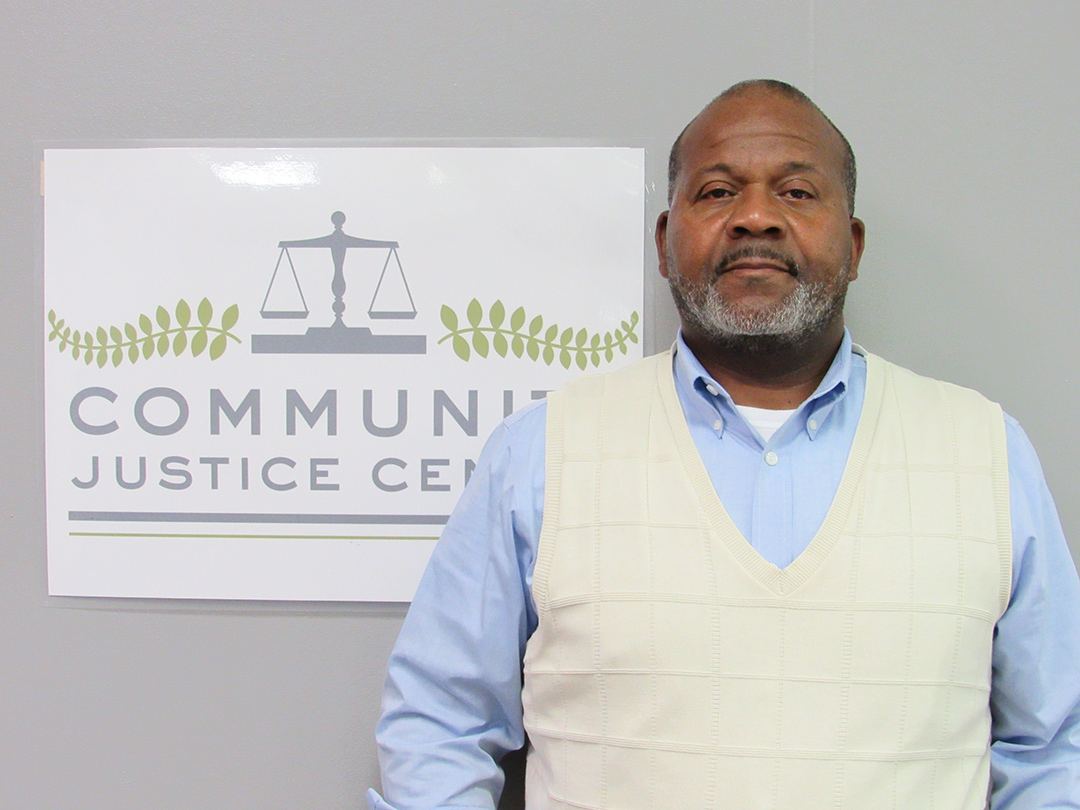 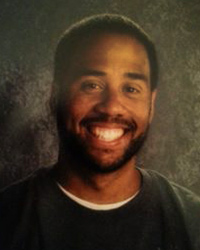 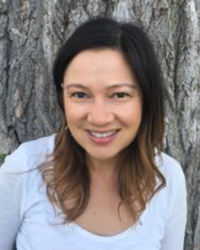 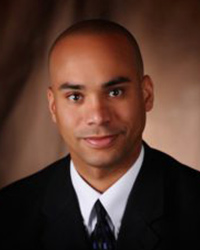 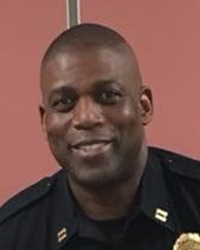 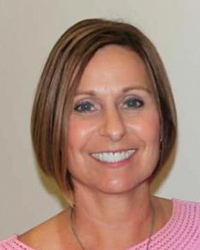 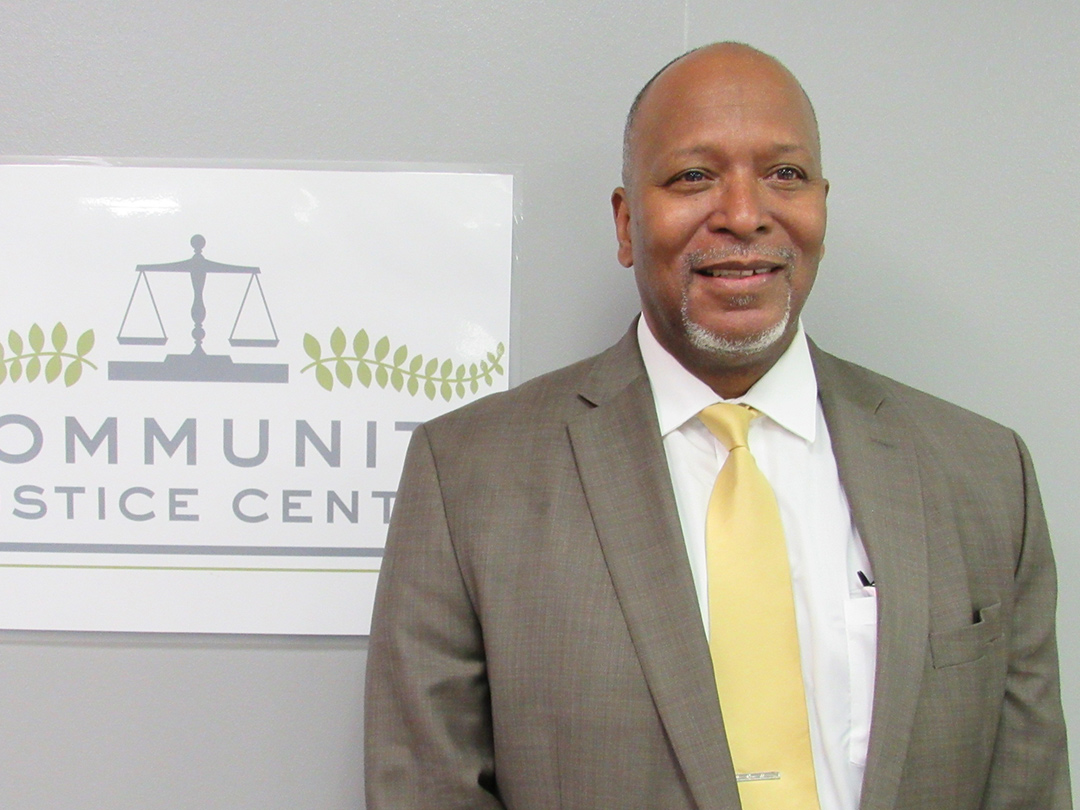 Terry is in his 12th year working as senior trainer and outreach coordinator for the CJC. He previously worked as a alcohol/drug counselor for the Nebraska National Guard providing educational services across the state. He also worked for the Siena Francis House in Omaha, the state’s largest homeless shelter and residential treatment facility as a counselor and case manager. Terry is committed to helping justice involved individuals change their lives and give them an opportunity to be productive members of society by providing effective programming and helping them with necessities such as employment, housing, and education. 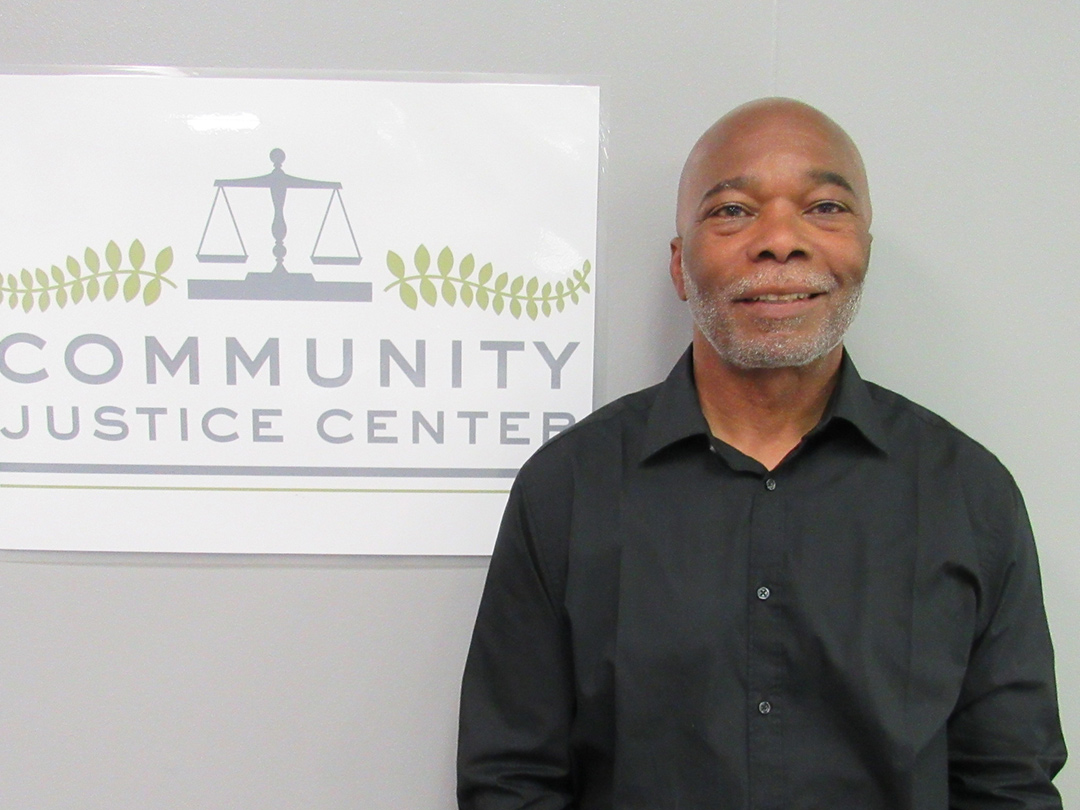 Shakur is an Omaha trainer and outreach specialist for the CJC. Shakur is a National Institute of Corrections (NIC) certified offender workforce development specialist (OWDS). He has three years of experience providing pre- and post-release reentry services to justice-involved individuals in Nebraska and Iowa. Shakur is a member of the Incarcerated Children’s Advocacy Network (ICAN) a leadership and advocacy network comprised of former juvenile lifers. ICAN was created by and affiliated with the Campaign for the Fair Sentencing of Youth (CFSY). Shakur brings an extensive background of over 4 decades of incarcerated experience to the CJC. Arrested and sentenced as a juvenile in 1975, Shakur discharged Nebraska Department of Correctional Services (NDCS) custody in 2016 upon completion of a homicide sentence. While incarcerated Shakur took advantage of habilitative opportunities (personal, academic and vocational) to be released from prison better not bitter. Shakur’s passion is to help repair the harm he created and assist others in accomplishing the same duty.

“It’s possible to come out of prison better, not bitter.” 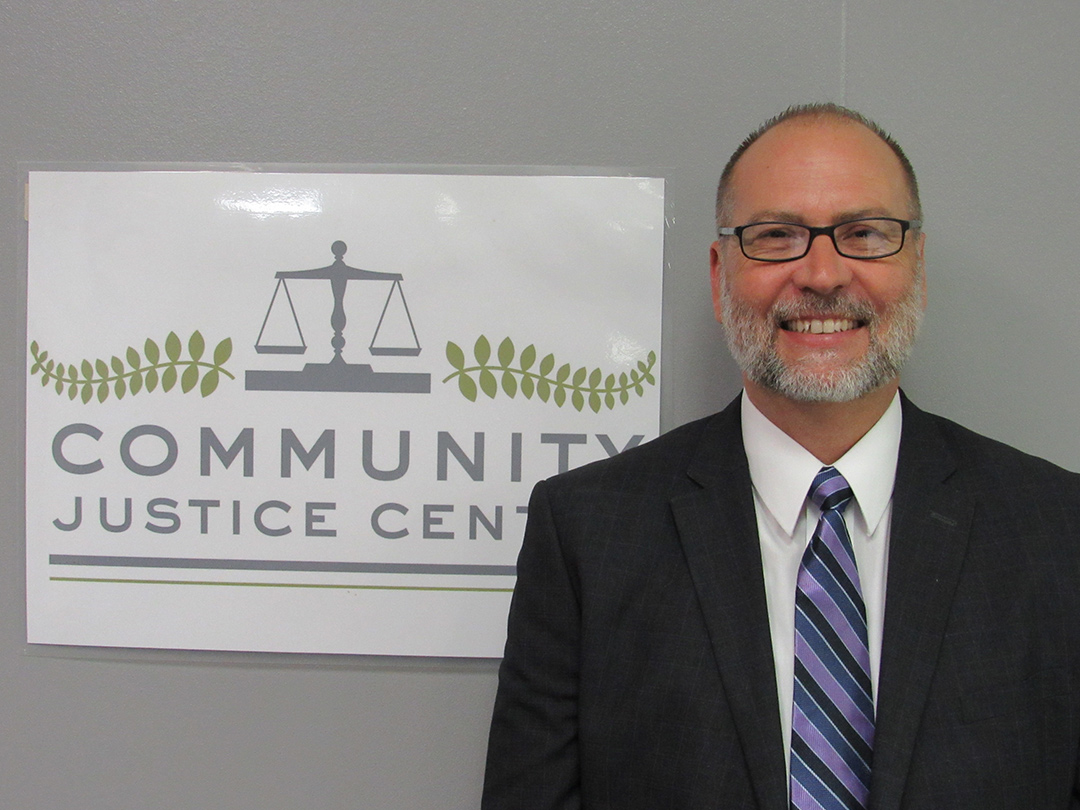 Rick Carter has more than 20 years of nonprofit executive experience and serves as the Program Manager for CJC. Rick is also a CJC trainer and coordinates our Community Restorative Circles. Rick served from November 1989-November 2019 in the United States Army and the Nebraska Army National Guard as a Flight Engineer (Ch-47 Chinooks), crew chief, aircraft maintenance, Platoon Sergeant, and Instructor for Officer Candidate School. Rick is an army trained Master Resilience Trainer and has attended various military trainer/instructor courses. Rick has served as an aide in the United States Senate as well as a political consultant and campaign staff in various local and state elections. He has a BS in Criminal Justice and an MS in Leadership Education both from the University of Nebraska. Rick has worked in the child-welfare system, and in peer programming. Rick strives to partner and collaborate with other organizations to promote the values of Restorative Justice and is an advocate for social justice and criminal justice system reform. Rick brings a wealth of experience to the Community Justice Center and is dedicated to our mission, evidence-based and demonstrable programming, and addressing the needs of offenders/victims/communities. Rick lives in Lincoln and enjoys spending time with his children and loved ones, pursuing personal betterment, and reading. 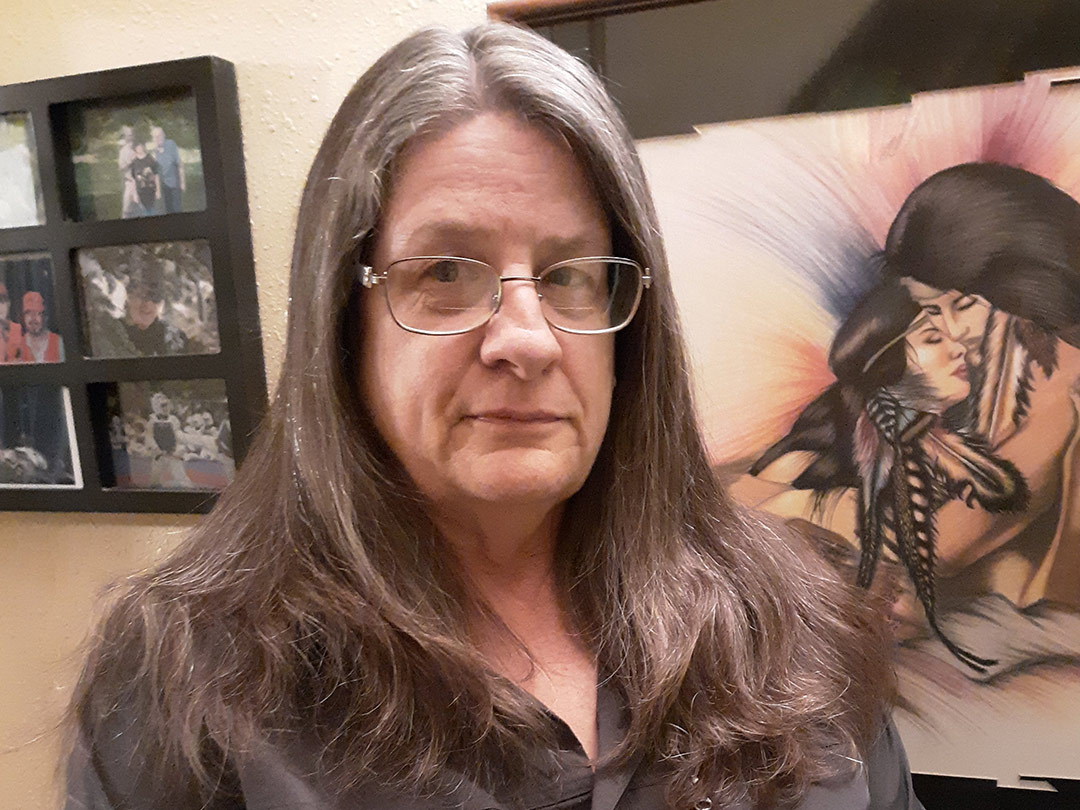 Sandra (Sandi) Raney is living in Minatare with her husband, Bill Raney. She a mother of three, daughter who is 38 living in Austin Texas, a son who is 31 living in Kingwood (northeast Houston Texas) and younger son who is 22 and attending University of Lincoln in his junior year. Sandi is a veteran of US Coast Guard (1977-1981) and US Navy involved in Operation Desert Shield/Storm. Sandi started her career as a substance abuse counselor in 2007 when she received her Associates of Applied Sciences in Human Services and received Certificate of Competency in Basic Addictions Counseling and Certificate of Competency in Advanced Addictions Counseling that year. Sandi realized mental health was a factor as she gained experience working with women who were diagnosed with trauma therefore gained her Master’s of Arts in Counseling in 2010. Sandi has experiences in working in outpatient, medical model hospitalization and partial hospitalization, prison, transition living units (sex offenders) and residential. Sandi worked with men and women in all settings. Sandi and Bill moved to Nebraska on a dare in 2011 and started private practice in 2014. She is currently working at District 12 Gering Reporting Center offering Men’s Self-Awareness, DBT, Men’s Group, Anger Management, and Parenting (Circle of Security). She is EMDR trained and soon to be EMDR-Addictions trained. Sandi started working with Community Justice Center facilitating CVI since 2015 in Gering and later with District 11 North Platte Reporting Center. She brings the perspective of the victims to the table by relating to the participants with personal experiences of being a victim of crime(s). 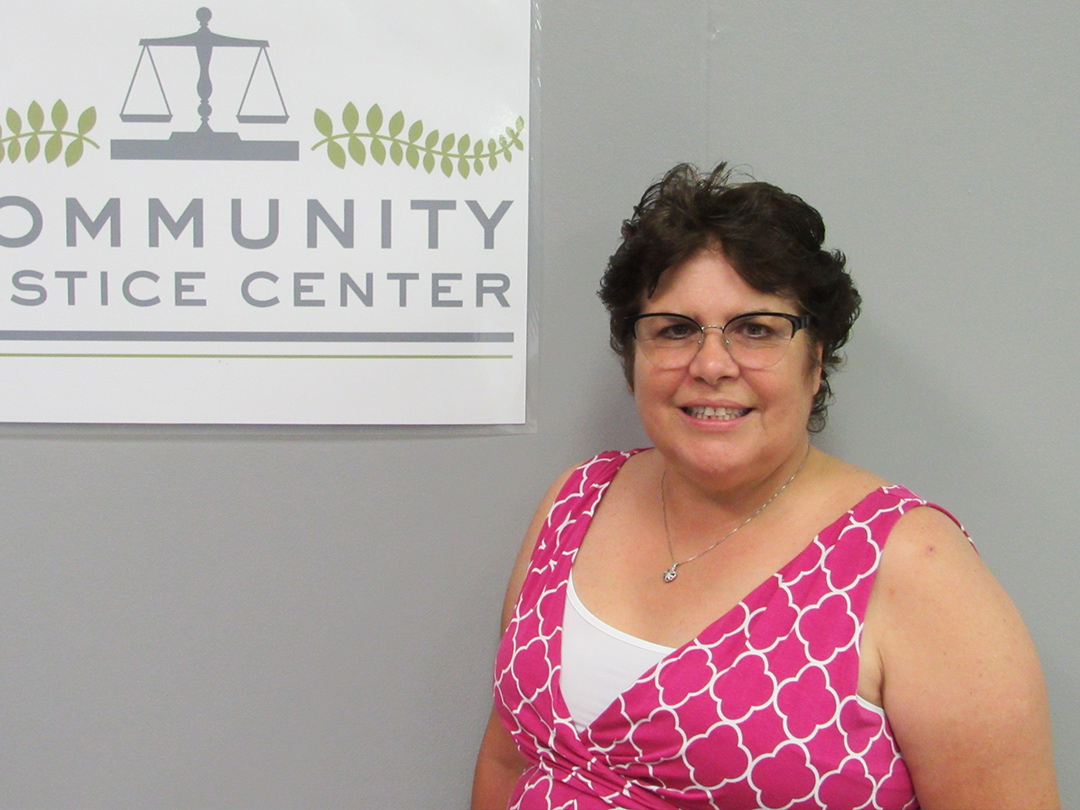 Cindy Jones is the Executive/Admin Assistant and has worked with the Community Justice Center since October 2016. She ensures that the Executive vision and processes are followed. She prepares the initial information for facilitators to conduct classes. She is the liaison with Corrections and Probation coordinating classes, working with these agencies to ensure we are providing the best services to them and the participants. She procures supplies, processes invoice and payments, prepares reports, and keeps all the trains running on time.

Cindy retired from the federal government in September 2016 with approximately 34 years of budget, finance, personnel, investigative and management experience. She implemented many programs for the National Guard, the Defense Travel System and My Unit Pay. Her last position was managing a $28 million dollar budget. Cindy also retired from the Army National Guard with over 28 years in December 2006 as a Master Sergeant, Finance Chief. Over the years she provided finance briefings to units/soldiers deploying. She served in several leadership positions. The Nebraska Army National Guard under her leadership was recognized nationally for exceptional processes pay, contracts and management and internal controls.